Search for a company in Guernsey

Want to Run Your Own
My Guide Website?
Find Out More 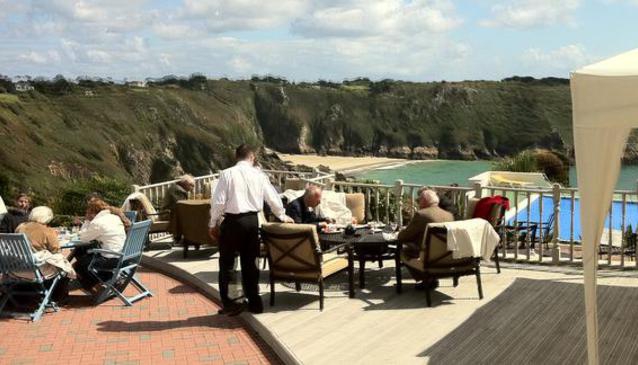 Tucked away at the end of one of St. Martin's picturesque country lanes, the Hotel Bon Port enjoys spectacular views of the South coast bays. It is no wonder Pierre Auguste Renoir chose this area to paint from in 1883. From the grounds of the Hotel Bon Port, Renoir painted some of his most famous paintings, mostly featuring Moulin Huet Bay and the Peastacks.

Walking is a popular activity for visitors and one of the best ways of experiencing the peace, beauty and tranquillity of Guernsey.

Hotel Bon Port is ideally centred within the nineteen miles of cliff paths which wander from St. Peter Port along the majestic cliffs to the rugged Pleinmont Point on the South West tip of the island. You may walk down to Moulin Huet and Petit Port beach, a very secluded beach that's really something special.

Login to create your guides for Guernsey.

Add to My Guide

All of our providers offer 24/7 support

Create & Share your own Guide to Guernsey with friends and family!

Add your recommended places to visit by browsing the website and pressing the icon.

Create your own guide of favourite 'must see' places

Earn your Local Expert badge by Sharing your guides with others

We Are Part of the My Guide Network!

My Guide Guernsey is part of the global My Guide Network of Online & Mobile travel guides.

We are now in 120+ Destinations and Growing. If you are interested in becoming a local travel partner and would like to find out more then click for more info about our Website Business Opportunity.